The ten thousand: a novel of ancient Greece

Description
After decades of war, mighty Athens has been ravaged-- its navy destroyed, its city walls toppled, its army disbanded. The fierce military state of Sparta has triumphed, but passions and hate linger on. Thousands of battle-hardened veterans from both sides in the conflict remain scattered across the Greek islands, restless and dangerous-- until the young Persian prince Cyrus issues a call to arms from his base in Asia Minor. The rogue nobleman is raising an enormous mercenary army to wrest control of all of Persia, the most powerful empire on earth, from his half-brother the king.

The young philosopher-warrior Xenophon, scion of a noble Athenian family and follower of Socrates, risks his father's wrath and embarks on the adventure with high hopes for glory. Joining his cousin Proxenus, the war-maddened Spartan general Clearchus, and a huge body of Cyrus' native troops, he and ten thousand Greek mercenaries depart on an astounding march of a thousand miles, across the searing desert. Their near-deadly journey culminated in a massive, bloody battle at the very threshold of Babylon-- a battle that proves disastrous for them. Their leaders are betrayed and murdered, their supply lines cut, and their route home across the desert blocked by the furious Persian king, bent on revenge. The Fates call on Xenophon to lead the devastated Greek soldiers in their escape, though he has little experience in commanding men. As the army flees toward the snowy north, its situation appears desperate.

Months later, ten thousand battered, half-starved soldiers stagger out of the frozen mountains of Armenia into a small Greek trading post on the Black Sea. Their true tale of survival, and of the heroic expedition Xenophon led through the heart of an enemy empire, astonished the incredulous natives and has been the stuff of legend ever since.

Michael Curtis Ford combines his expertise on fifth-century B.C. Greek warfare with explosive page-turning action to give us an epic novel of struggle and survival. Not since Steven Pressfield's Gates of Fire has any book so vividly captured the glory, beauty, and savage bloodshed that was ancient Greece.
Also in This Series 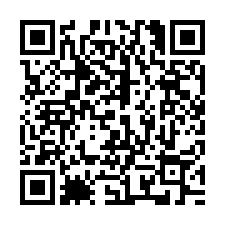