Description
F. Scott Fitzgerald, the brilliant author of The Great Gatsby and Tender is the Night, was a man haunted by failure to live up to his own early successes. In 1937, desperate for money, nearly broken in spirit, he headed west for work as a Hollywood screenwriter and one last shot at staying sober. There, living in Hollywood's legendary hotel, The Garden of Allah, Fitzgerald met the beautiful young gossip columnist Sheilah Graham, whose elaborate pose as a British aristocrat masked the true identity that haunted her all her life. Before her death in 1988, Graham bequeathed a Pandora's box of papers, diaries, notes, and correspondence to her son, acclaimed novelist Robert Westbrook with explicit instructions to write the full story of her life with Fitzgerald, which she herself could not tell. The result is Intimate Lies - the dramatic tale of an unusual love affair, the turbulent romance between a great author at the end of his life and a false young woman escaping her past, set against the glittering ferment of 1930s Hollywood.
Also in This Series 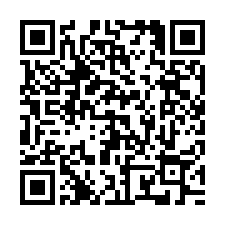