The wrong kind of money »

The wrong kind of money

Description
The Wrong Kind of Money brings to vivid life Jules Liebling, the patriarch - shrewd, cynical, coming from the shtetls of Russia to scale the ladder of success in the New World. His wife, Hannah Sachs - daughter of a proud German-Jewish clan, who proves to be even more iron-willed than he in seizing and holding power. Her younger sister, with whom Hannah strikes a bargain that puts Jules to shame. Cyril, the son scorned by his father as a playboy. Noah, the "good" son, who is forced to fight to become his own man. Ruth, a daughter on the brink of personal ruin, going from lover to lover and indulgence to indulgence. Noah's non-Jewish wife, who learns to manipulate Wasp society to gain the Lieblings entry into their world. And the young granddaughter who comes home with a beautiful, erotically enticing friend and plunges the family into a crisis they may not survive.
Along with his intimately authentic depiction of New York's upper-class ambience, Stephen Birmingham explores the dynamics of an extraordinary family, revealing their remarkable successes and the shameful secrets hidden in shadows of the past.
Also in This Series 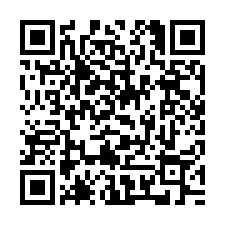