Description
For John "Jam" Knowles and his four siblings growing up in a New England family, life was filled with promise. The Knowleses were a "good family" - golden, entitled, witty, self-confident. The seven of them - Jam, his three brothers and older sister, their fey and charismatic mother and their wryly distant father - seemed to exist in a stubbornly timeless atmosphere of beauty and possibility. "All of us would get what we wanted," Jam recounts at one point. "That went without saying, almost; fate, that long-time ally of our family, wouldn't have it any other way."
Now nearly forty, separated from his wife and children, Jam returns to the scene of his happiest memories: the island home, recently sold, where he spent his summers as a boy. Alone, surrounded by the ghosts of his past, Jam struggles to come to terms not only with the distances he and his siblings have traveled from the secure days of their youth, but with the inevitabilities of time and mortality. Forced to confront his family's legacy of secrecy and withdrawal, his uneasy relationship with his father, his confused worship of his older brother Tom, and his own compromised ambitions, he begins to question the accuracy of his memories, as well as his relationship with his own wife and children.
Also in This Series 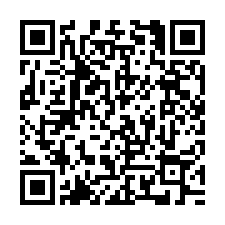