A song for the asking »

A song for the asking

Description
Detective Daniel Kane is the self-proclaimed king of his castle - his California beachfront home - and a loving despot to his subjects: his wife, Catheryn, and his four children, Tommy, Travis, Allison, and Nate. With a relentless perfectionism and razor-edge cynicism born of years on the LAPD, Kane is determined to recast his children in his own image, steeling them to face a harsh and violent world.
Although Catheryn struggles to soften the rigors of his exacting love, over the course of a single, shattering summer, Kane's expectations will bring tragedy to each of his children, plunging the entire family into an abyss of heartbreak that will test the limits of its strength. Yet, in a devastating moment that changes all of the Kanes forever, it is Travis alone who will find the courage to defy his father and, ultimately, to redeem him.
Told against a finely drawn backdrop ranging from the High Sierra to the beaches of Malibu and the gritty streets of Los Angeles, A Song for the Asking is an electrifying first novel - deeply moving, compelling, and filled with candor, compassion, and humor - signaling the emergence of a remarkable new talent.
Also in This Series 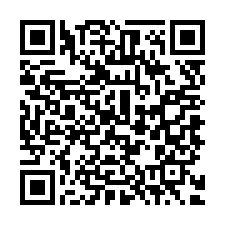