Description
In a dazzling shift of direction from his New York Times-bestselling first thriller, Against the Wind, J. F. Freedman presents The Obstacle Course, a coming-of-age story that recounts the adventures of a colorful, profane, street-smart, and appealing fifteen-year-old boy growing up in 1957 on the Eastern Shore of Maryland.
Roy Poole has to be smart because he is almost always on his own. His father is a drinker, womanizer, and wife-beater. His mother can't cope with her husband or her children; Roy copes by running with his own gang, whose escapades sometimes border on the criminal. And this young man is eminently available when the girls come after him, which is often. But there is another side to Roy. He builds model ships and regularly hitchhikes to Annapolis to run the Naval Academy's grueling obstacle course.
For Roy Poole's one ambition in life, his consuming dream, is to become a midshipman. One day, like a gift from heaven, Roy meets a retired admiral who also builds model ships. The admiral is immediately attracted to the youngster, and he becomes almost a second father to the boy. Admiral Wells arranges for Roy to be admitted to a military prep school that sends most of its graduates to the Naval Academy. And then, suddenly, Roy's innocence brings about an explosion in this exotic world he has entered. Embittered and lost, Roy strikes out blindly for parts unknown. And on that adventure, particularly in an encounter with members of a black church, people that he, a Southerner in the fifties, has never known except as stereotypes, he begins the process of understanding that offers him a chance for his own redemption.
This powerful and gritty coming-of-age novel will evoke memories of Holden Caulfield and Huck Finn. It also bears comparison to the novels of Pat Conroy. Best of all, The Obstacle Course confirms Freedman's talent for telling a compelling story in a full and rich original voice that marks him as a novelist with a limitless future.
Also in This Series 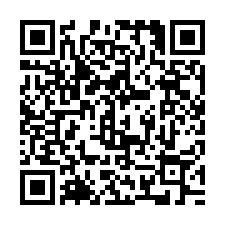