Take it like a man: the autobiography of Boy George 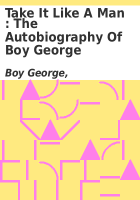 Description
A Grammy Award for "Karma Chameleon" sealed Boy George's pop-icon status as the avant-garde star in Hasidic hat and quasi-religious robes, whose beguiling melodies and impertinent one-liners seduced an unsuspecting public. "Sex? I'd rather have a cup of tea," he said, teasing the world about his sexual leanings. But after reaching the pinnacle of success, his life took a devastating turn. Culture Club, George's pioneering band, went into eclipse, his hushed-up relationship with drummer Jon Moss fell apart, and Boy George found a new and dangerous obsession - drugs - ending up with a heroin addiction.
In this electrifying autobiography Boy George tells the whole truth for the first time, and does so with total candor and irrepressible wit. Take It Like a Man is the story of the crazy highs and desperate lows; the family struggles; friends and lovers - gay, straight, and transvestite; the obsessive media infatuation; as well as the agony, shame and despair of drug withdrawal.
Also in This Series 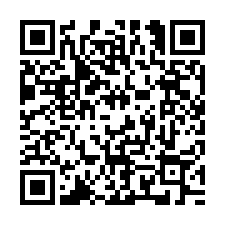