Combining a potent narrative with persuasive and compelling insights, Shenkman reveals that it is not just recent presidents who have been ambitious--and at times frighteningly overambitious, willing to sacrifice their health, family, loyalty, and values as they sought to overcome the obstacles to power--but they all have. This volcanic ambition, Shenkman shows, has been essential not only in obtaining power but in facing--and attempting to master--the great historical forces that have continually reshaped the United States, from Manifest Destiny and Emancipation to immigration, the Great Depression, and nuclear weapons.

As Shenkman describes the lives and careers of the most representative and colorful presidents from Washington to Nixon, he shows that those who succeeded in reaching the White House, whatever their flaws, were complicated human beings, idealistic as well as ambitious. Over time, however, they began to make increasingly troubling compromises, leading to a decline in t he mortal tone of American politics.

What drove politics downward? In a stunning conclusion, Shenkman demonstrates that it wasn't a decline in presidential character that was responsible, but change--the dramatic transformation of the United States from a country of four million in Washington's day to more than a quarter billion today--that made running the country more complicated and difficult. Instead of things getting better and better they got worse and worse as people became used to increasingly promiscuous political practices.

Sympathetic but balanced in his presentation of the presidents' behavior, in his richly detailed portraits Shenkman shows just how resourceful they had to be to survive and succeed. Presidential Ambition--dramatic, lively, and nakedly honest--is a book that will permanently alter the way we think about past, present, and future American presidents. 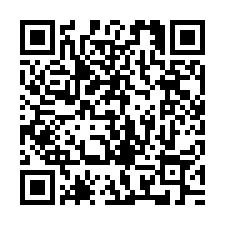