Your father, your self »

Your father, your self: how sons and daughters can understand and heal their relationships with their fathers

Description
Through workshops and in group, individual, and family therapy, Dr. Gordon has helped hundreds of men and women find greater peace in their relationships with their fathers. Here he identifies nine types of disconnected fathers. He encourages readers to search for the source of their troubles by offering fundamental ways in which relationships with fathers may break down, depending on the father's personality type.
Your Father, Your Self covers two aspects of relationships with a father: restoring the son's or daughter's psychological well-being by healing the emotional wounds that result from failure to connect with one's father and attempting to change and heal the current relationship between them.
Through hundreds of case studies, this insightful work captures what it is like to resolve and heal father relationships. It highlights how the pathways and struggles differ significantly according to the personality of the father and the gender of the child. Effective means of dealing with the power, weakness, or absence of the father are described, such as how to respond to an autocratic father's continued need to control or how to relate to a perfectionist father.
The book demonstrates the emotional rewards of working hard to heal relationships with one's father, including a new self-perspective and improved relationships not only with fathers, but with other family members, friends, children, and coworkers. Your Father, Your Self is a poignant and moving reminder of the powerful role a father plays in our lives and of the emotional imperatives that lead us to seek a deeper union with him.
Also in This Series 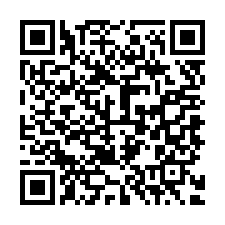