Description
A lawyer with an appetite for risk. A gorgeous socialite accused of murder. It's the case of a lifetime--if only she were innocent.

Following in the blockbuster tradition of Scott Turow and Richard North Patterson comes Stephen Horn and In Her Defense, and intense, riveting debut thriller with a twist.

Frank O'Connell's need to live on the edge cost him his family, his home, and a partnership in his father-in-law's prestigious Washington firm. Now he combs the cell blocks for clients and wonders if he's sunk too low ever to come back. His ex-wife wants to see less of him, his therapist wants to see more, and his last link to professional survival just gave him an ultimatum.

Then into his office walks Ashley Bronson. The murder of a former cabinet official has just propelled her from the society column to the front page, and, inexplicably, she wants Frank to defend her. She hands him her case, followed by her confession and some damning physical evidence. Frank thinks his biggest challenge is her guilt. He's got a lot to learn.

Ashley's admission proves just another detail in a defense in which ethics are bent and morals compromised. As the trial date looms closer, the goverment's case seems insurmountable. A desperate Frank hits upon an inspired strategy--and unwittingly becomes a threat to people in high places when he unravels a tangled web of events that began a generation ago.

Their personal lives in tatters and confronted by forces they don't understand, besieged lawyer and client have only each other as the courtroom battle begins.

In this fast-paced legal thriller, former federal prosecutor Stephen Horn brings his knowledge of law and government to stunning life with this absorbing tale of love, betrayal, and murder that is sure to be one of the most entertaining and engrossing stories of the year. 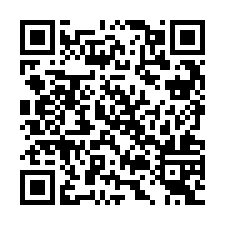